Digital Marketing in the 21st Century

Since its emergence in the 1990’s, digital marketing has drastically evolved alongside advances in technology and the way humans interact with it. As we come to an end of the second decade of the 21st century, we reflect on a changing internet landscape based on our mass adoption of search engines, e-commerce and social media. Let’s take a look at the new opportunities and unique challenges that digital marketers have faced in the 2000’s.

Two years after its establishment, Google launched Google AdWords, joining other search engine platforms such as Yahoo! And GoTo.com in the PPC, or Pay-per-click market. PPC marketing allowed advertisers to drive users to their websites through the growing amount of search engines. The initial launch of AdWords offered advertisers instant ad appearance after purchase, pre-publishing previews and unlimited ad creation along with reporting metrics such as click-through rates and impressions. Advanced keyword targeting provided marketers with enhanced ability to target users, with the potential to show in 20 million searches per day.

Google survived the dot-com bubble burst that followed the anticlimactic ending to Y2K. Users saw experimentation with different highlight colors over ads at the top of the page and on sidebars.

In 2002 AdWords released a new PPC option for search results, incorporating ad relevance into the payment. Google continued to experiment with ad highlighting colors, but removed the option to bold ad copy. Each update to Google Adwords continued to improve the search experience.

2003 brought the birth of many programs and systems that still impact digital marketing today. Including the release of new Google programs, the start of social media, and the release of WordPress to the public.

The addition of two new Google platforms increased accessibility to both advertisers and searchers. With Google AdSense, websites could now opt into hosting ads from Google’s content network, which has grown to partner with over 10 million websites. The Google Ad Grant created a space for nonprofits in the growing pay-per-click market by franting $10,000 per month to qualifying applicants on the AdWords Search platform. The program proved to be wildly successful and today 73% of nonprofits use the Ad Grant.

Upon its release in 2003, Myspace captured the attention of droves of teenagers and young adults and created a new avenue for advertisers to reach their audience. As social media platforms continued to grow, so did the potential for digital marketing.

Another noteworthy development was the release of WordPress to the public. Originally a blogging tool, web developers quickly took to it for its ease of use and robust content management system. After more than fifteen years, WordPress has become and remains one of the best and most-used tools for creating and publishing websites.

Minorly, Google AdWords made an unexpected move in 2003 by removing ads from the top of the page in a majority of searches, choosing instead to rely on desktop sidebar ads.

In early 2004, a small website called TheFacebook launched. Initially limited to students at Harvard University, Facebook would see a meteoric rise in users over the next several years as it cemented its position as the most used social media platform. Facebook opened up new doors for marketers as users voluntarily provided Facebook a previously unthought of amount of information that advertisers could now use to their advantage.

This was also the year that Google ended ad highlighting, opting for a simple bit of text above the sidebar ads that state that the links are sponsored.

Google introduced several enhancements with AdWords in 2005, including the integration of Google Analytics, the introduction of site targeting, and the birth of the quality score. These additions make AdWords an even more robust tool for digital marketers – making campaign creation and implementation easier while allowing for more in-depth control over ad placement and targeting. Additionally, the search engine brought ad results back to the top of result pages and reintroduced ad highlighting in light blue.

Of note in 2006 is Google’s acquisition of YouTube, the largest online video-hosting site. The purchase eventually led to video ads via Google AdWords – which would begin to open the floodgates of widespread, effective video marketing. As the popularity of social media continued to grow, Twitter, which would later become Facebook’s biggest rival, launched and would grow into prominence over the next year. Still dominating the social market, Facebook partnered with Microsoft adCenter to syndicate banners and sponsored links to advertise on the platform.

2007 saw several paradigm shifts in the field of digital marketing. First, and chief among these was the launch of the Apple iPhone. Arguably the birth of the modern smartphone, the iPhone would become one of the most widely used mobile devices in the world.

The second shift came from Facebook launching its own advertising platform in Facebook Ads. Advertisers now had direct access to the wealth of user information Facebook had collected about its users and could use it to immediate and palpable effect.

For Google, 2007 saw the company introduce pay-per-action pricing. This made it so that advertisers could choose to pay per conversion on their website as opposed to CPC, allowing advertisers to be more efficient with their spending on well-performing campaigns. Finally, AdWords brought back yellow highlighting for their top-of-page results of search pages, once again drawing a line in the sand between paid results and organic listings.

It did not take long for smartphones and mobile tech to take over. Google AdWords extended their placement targeting for text and image ads to show ads on the iPhone, the T-Mobile G1, and other mobile devices that had full HTML internet browsers. With the widespread adoption of mobile devices, people were spending an increasing amount of time online on their phones, and mobile advertising helped marketers effectively bridge the gap between them and this new, always-online audience.

Following the mobile-first trend, Google acquires AdMob to focus on mobile advertising solutions. In the same year, Google introduced Ad Sitelinks, Product Listing Ads, and Comparison Ads. While AdWords had always allowed for a greater level of customization, these new options took AdWords to another level and cemented Google’s status as the premiere digital advertising platform.

At the turn of the decade, Google introduces one of their biggest additions to digital marketing: remarketing. With remarketing, advertisers could now target and reach users who had already expressed interest in their content, but did not follow through with a conversion. Google also launched Enhanced CPC, an automated bidding feature that takes a campaigns historical tracking data and adjusts the Max CPC accordingly. Further, Google introduced phone extensions to mobile ads in 2010, allowing users to click to call a merchant directly from an ad. Each of these tools gave marketers more options for their ad campaigns and allowed them to see a greater return on investment in the long run.

A decade after they began showing ads on the search engine results page, Google began showing ads at the bottom of pages while slowly phasing out sidebar ads. Google’s justification was to provide a smoother browsing experience, stating that users’ eyes flow better reading down the page rather than glancing around to the ads on the right hand column and back. AdWords also created embedded sitelinks, which appeared as hyperlinks in the original text copy – further increasing ad customization.

Twitter entered the world of online advertising with the launch of a self-service advertising platform. Google AdWords made Enhanced Sitelinks in February, which added descriptions to Ad Sitelinks. The Automatic Local Customization feature began making an appearance in ads, allowing advertisers to target multiple locations to generate custom ads for search queries. In November, Google began allowing sitelinks and location extensions in the same ads, and the maps in ad results became more comprehensive.

After initially announcing the beta test of remarketing lists for search ads (RSLAs) in 2012, Google made the feature available to all advertisers in June. Lookalike Audiences were introduced to Facebook, enabling advertisers to reach new users similar to existing customers. Finally, Facebook introduced the Conversion Pixel and the Website Custom Audience Pixel – proprietary code that marketers can add to their websites that allowed for remarketing on Facebook.

Based on research that revealed most people search online before visiting a store, Google made upgrades to local extensions to showcase locations in ads. Advertisers could link their AdWords account to Google My Business to automatically display relevant information at the account level. In addition to the introduction of Dynamic Sitelinks, the ads on search pages were visibly redesigned. The highlighter colors were gone, including the yellow that had become familiar since 2007.

Early in the year, Google introduced dynamic structured snippets using information directly from the website. By the end of summer they began to roll out structured snippet extensions, giving advertisers the opportunity to insert their own information. Meanwhile, on Facebook, the full Pixel is activated alongside the launch of Lead Ads and Canvas Ads, giving marketers access to more data and even more customization options.

Google began rolling out longer versions of their regular, standard text ads called expanded text ads, which required longer copy, a URL domain, and two optional ‘path’ fields for the display URL. The expanded text ad would go on to become the default by February 2017. Finally, after years of phasing them out, Google removed the ads in the right hand column from desktop ads, leaving just the ads at the top and bottom of a page.

Early in the year, Google combined Google for Nonprofits and their Ad Grant program. Originally, nonprofits were not required to be registered with Google for Nonprofits before receiving the Ad Grant, but this change in policy required them to enroll in order to avoid losing the Ad Grant. Further, Google narrowed the view-through conversion (VTC) window from a 30 day period to just one day, allowing for more specific data within this metric.

2018 brought some of the biggest changes to Ad Grant policies the program has ever seen. As an indication of quality, Google began implementing higher standards as measured by keyword relevance, keyword quality score and overall click-through rate. Websites were also held to a higher standard, and were required to clearly state their mission and limit ads on-site. Lastly, Ad Grant recipients were also asked to start answering an annual survey by March of every year.

As a trade off for more stringent account policies, Google made more Smart Bidding options available to Ad Grant recipients the following April. This update added Target CPA (Cost Per Acquisition) and Target (ROAS) to Ad Grant bidding capabilities. Along with Maximize Conversions, which was made available to Grant accounts in December 2017, grantees were able to increase their presence in competitive searches.

Finally, the most universal change for Google was that on July 24th, 2018, after 18 years of operation, Google AdWords became Google Ads.

Spring brought major changes to the enrollment process. In order to encourage strong account compliance and performance, new grantees would need to complete both a survey and Google Ad Grant Training, along with general account set up steps and pre-qualification review. The new enrollment process also required that each account must have one conversion action set up, beyond ‘time on site’ or ‘pages per visit’ and mandated Smart Bidding Strategies for each campaign. These updates intended to save nonprofits time and avoid later rejections or suspensions.

Digital marketing has evolved immensely over the last two decades. Marketers now have a bevy of tools and customization options to massively extend their reach. Keeping up with online marketing when things move so quickly can be hard, and with a market that is relying heavily on an online presence, a great digital marketing strategy is necessary. If you need help with your digital marketing, contact us today to see how we can help you in the new decade!

Bringing Together The Nonprofit & For-Profit Sectors 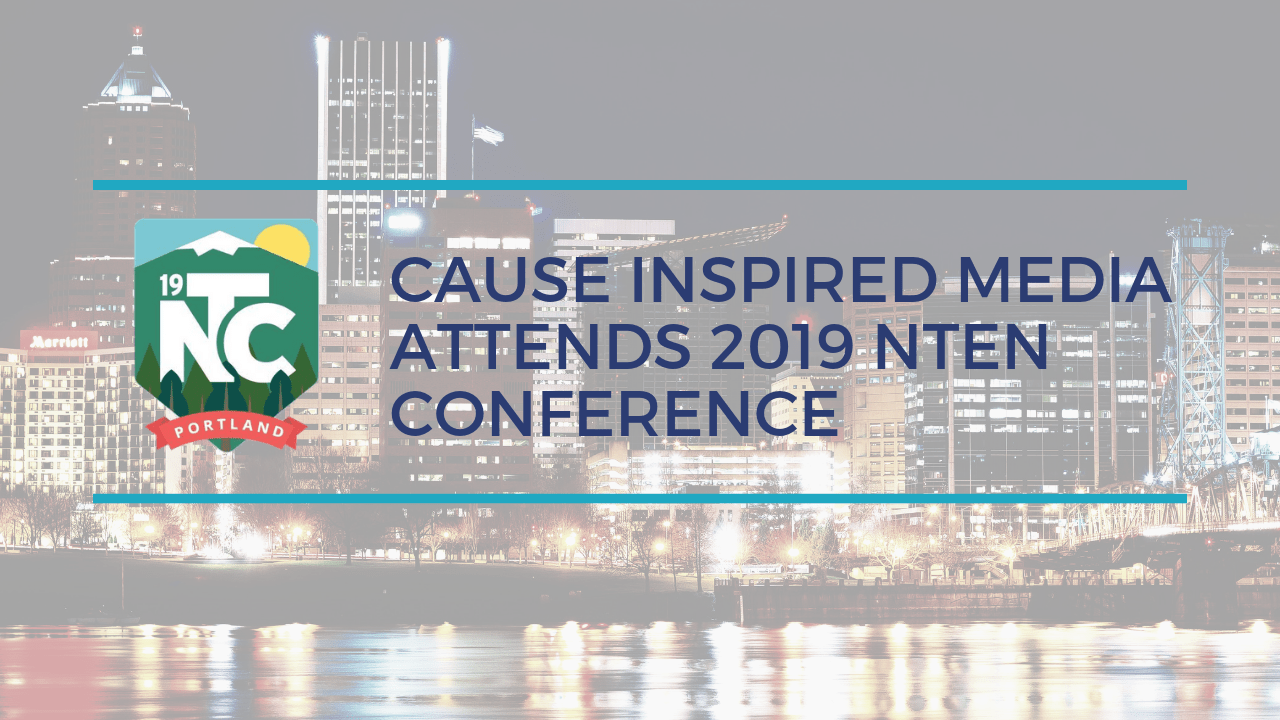 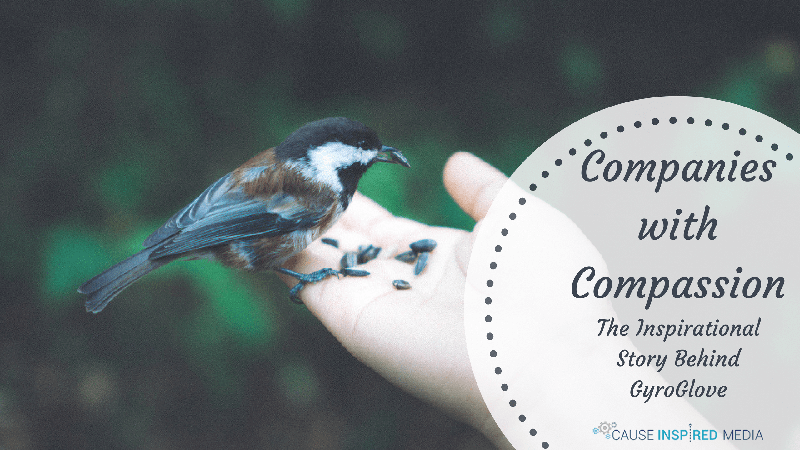 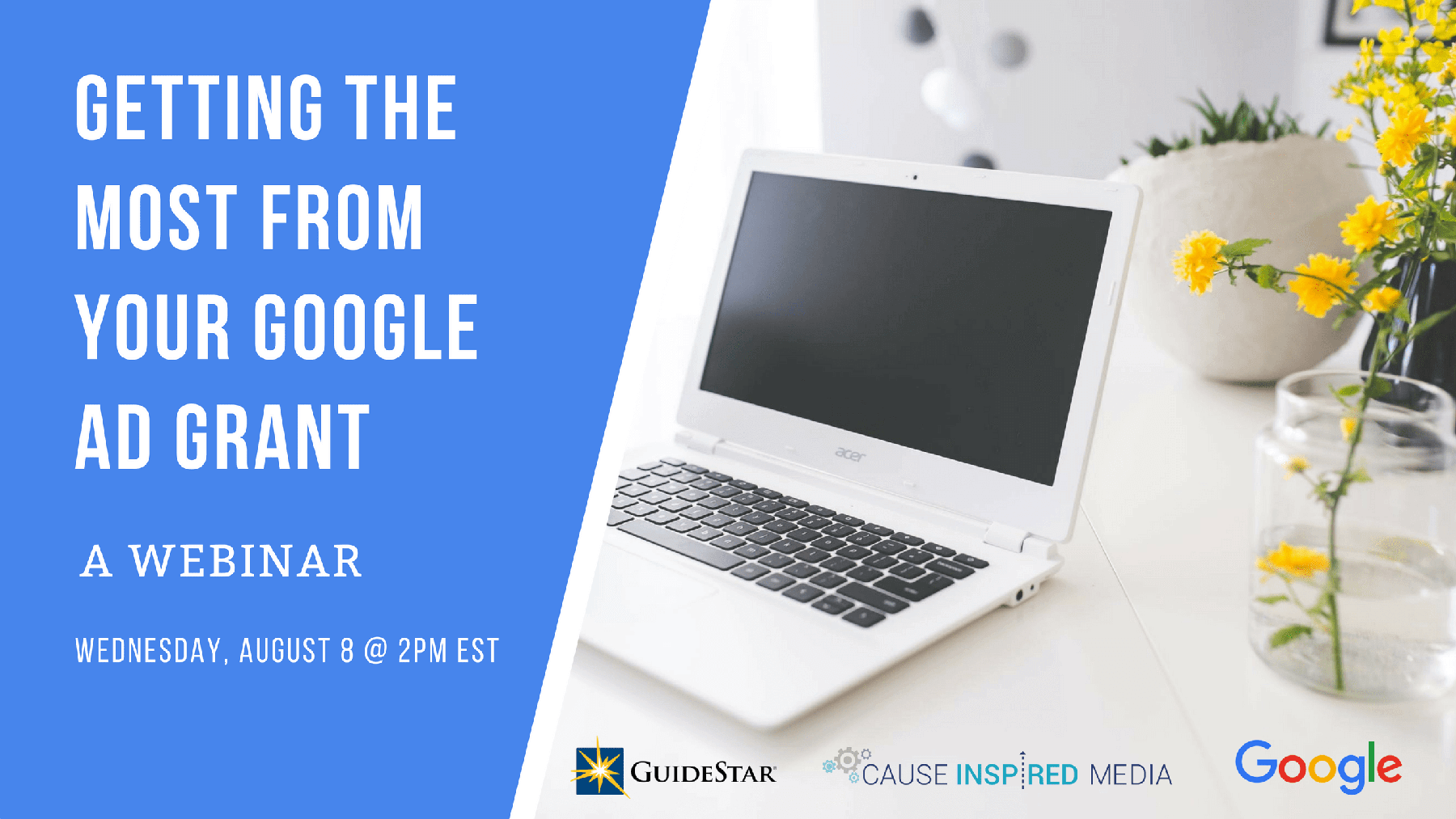 Getting The Most From Your Google Ad Grant: A Webinar